Potholes are notoriously common. As a result, pothole repair is a considerable part of highway and road preservation. According to a 2016 report from the AA, 40% of its drivers reported damage due to potholes over the previous two years.

The appearance of potholes is sudden and seemingly random, and drivers unfamiliar with the signs of potential potholes rarely notice them until it’s too late — at which point they become a serious issue for both drivers and road agencies.

Potholes are generally thought to be caused by the traffic and weather. However, in truth, their sudden appearance can generally be attributed to the use of subpar materials when surfacing a road. Issues such as insufficient thickness and drainage, combined with failure to maintain the surface and poor highway waterproofing, will always necessitate pothole repair quicker than a properly laid and maintained road.

During the day, as vehicles are travelling up and down the road, the sun (along with tyre friction) heats the bituminous material that makes up the road’s surface, causing it to expand. At the same time, stress fractures form within the road’s surface layer due to wear and tear. This makes it possible for rain to get trapped within the fractures, creating a difference in density.

If the road has been laid with proper drainage, the water will simply drain into the soil below the road. However, if the road has been laid without proper drainage, it will remain trapped in the cracks. At night, when the temperatures are much lower, the trapped water will freeze and expand. Meanwhile, the road itself will contract. The combination of frozen water and contraction causes damage in the lower layers of the road.

During the day, this trapped water will either evaporate away — leading to micro-cavities in the structure of the road — or stay trapped beneath the surface. If the trapped water evaporates, continued traffic will put pressure on the (now unsupported) surface, leading the road to decompress slightly. Eventually the process will repeat until the road surface collapses — forming a pothole.

If the trapped water does not evaporate away, it forms a water-filled cavity. That cavity will grow as more and more water seeps in. Eventually, when that cavity has grown to such an extent that the topmost surface can no longer support the weight of continued traffic, it will collapse and form a pothole.

How does weather affect roads?

Extreme weather has a big impact on our roads and transportation systems. For this reason, highways, roads and… 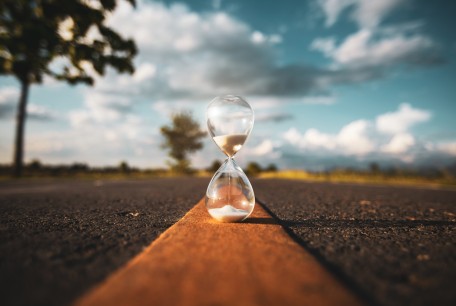 How long do surface treatments take?

Over time, road surfaces get worn down by both traffic and the weather. When roads fall below a…