How does weather affect roads?

Extreme weather has a big impact on our roads and transportation systems. For this reason, highways, roads and pedestrian areas are specifically designed with extreme weather events in mind to ensure they are robust enough to withstand the rigours of sun, snow, wind and rain. But how, exactly, does the weather affect roads and what is the impact of this?

Extreme weather events have a direct impact on our roads. In heat waves, road surfacing can melt and expand under the relentless heat of the sun. In flooding and periods of heavy rainfall, roads in need of maintenance can fall victim to the appearance of potholes, cracks and other surface deformations. Similarly, in winter’s that deliver heavy snowfall and frost, damaged roads are susceptible to the formation of potholes through freeze-thaw action.

During periods of inclement weather, such as heavy rain or snow, drivers are told to only make trips if essential. However, our economy relies heavily on an efficient and effective transport system which allows for the swift movement of goods and people around the country. Therefore, it is necessary for highways and roads to be robust enough to withstand the worst of the weather, and for local authorities and councils to be agile enough to carry out reactive, preventative and planned works to sustain a robust transport system.

The majority of our highways and roads are subjected to heavy usage day after day. This relentless repetition of tyres moving over the surface, in various weights, takes its toll on the asphalt. The result of this is the formation of imperfections on the surface.

In a dry environment, it would take a long time for those cracks to get bigger. However, in wetter climates, these small imperfections can be quickly exacerbated by heavy rain. This is because, when rain falls on the surface of a road it inevitably finds its way into the cracks and does even more damage. While, initially, you can’t see this happening, over time persistent ingress of water coupled with freezing night-time temperatures can widen those cracks and weaken the surface. When this happens, the surface is easily damaged and can lead to the appearance of potholes.

Snow and ice present an immediate risk to road users, as they reduce adhesion to the surface which can result in loss of traction, skidding and collisions. To combat this, highway maintenance teams are routinely dispatched to locations where snow and ice are forecast to apply salt and grit.

Much like rain, snow and ice are very good at exacerbating existing road defects because of the freeze-thaw cycle. When water gets into cracks it freezes and expands, this puts pressure on the existing defect and makes it bigger, weakening the surface over time until small cracks become large potholes.

Heatwaves can cause asphalt road surfaces to soften and perform less effectively. However, following a heatwave in 1995 which saw roads in the UK melting under the oppressive heat, the use of polymer modified binders in hot rolled asphalt has become commonplace in order to avoid this.

In order to keep the transport system functioning effectively, sufficient protections should be afforded to road surfaces in order to preserve them through the worst of the weather. As well as this, quick and efficient highway maintenance and preservation plans should also be in place to mitigate risks before they arise, or before they can get any worse.

As is clear from the above, ensuring highways are waterproof is an effective way of preventing the ingress of water which so often leads to deformations. This can be achieved through the application of a protective emulsion and sealed surface dressing.

Why is it important to maintain highways?

Maintaining the highways is an important job in a modern society. Since roads were first developed, they have… 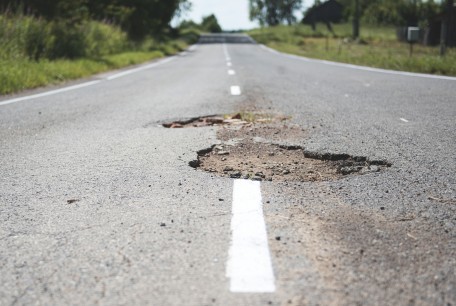 Potholes are notoriously common. As a result, pothole repair is a considerable part of highway and road preservation.…